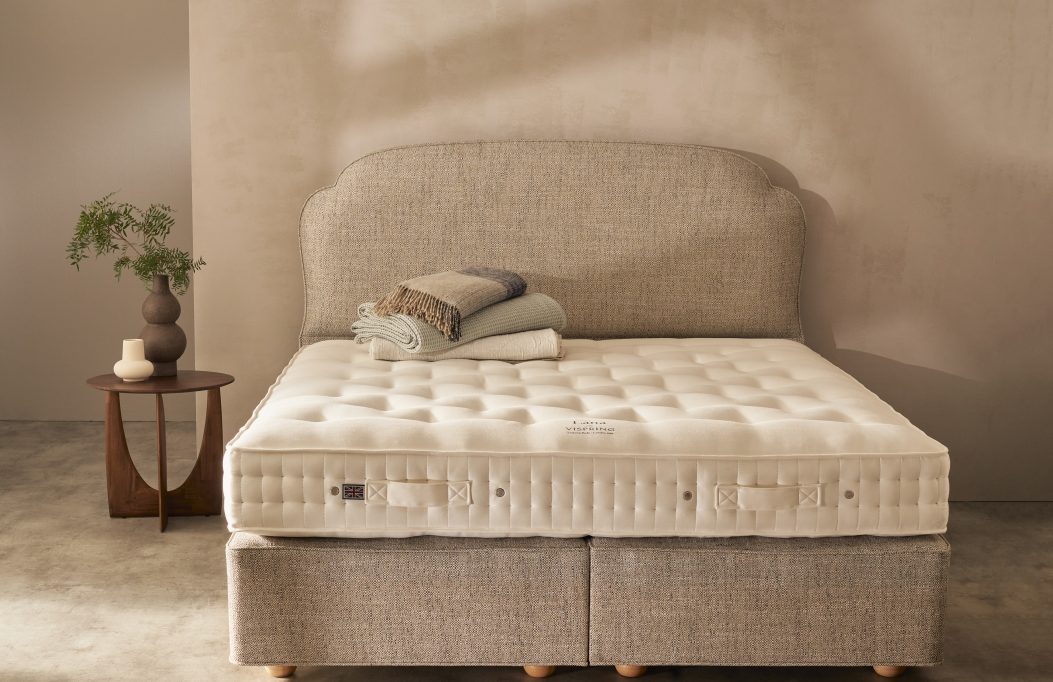 Exmoor Horn wool comes from the Exmoor Horn sheep, one of Britain’s oldest native sheep breeds that graze the upland areas of Devon and West Somerset, close to where Vispring beds are made. A diet of rough heather moorland means it produces a soft, springy fleece, perfect for creating Vispring’s signature cloud like comfort. Considered a minority breed, Exmoor Horn sheep helped create and now maintain the Exmoor landscape, a contribution acknowledged by the National Parks.

Naturally renewable, fine quality British wool is a key ingredient across Vispring’s entire range. As part of its ongoing commitment to supporting the producers of British wool, with every Lana mattress made, Vispring will pay a charitable donation direct to Exmoor Horn farmers, helping to ensure the continuation of the breed for generations to come. Wool Week will feature a variety of events that celebrate wool throughout October 2021, organised by The Campaign for Wool. The Campaign is a global endeavour initiated by its patron, His Royal Highness the Prince of Wales, to raise awareness among consumers about the unique, natural, renewable and biodegradable benefits offered by the fibre.

Limited-edition Lana is available in the United Kindom exclusively at And So To Bed, and will launch in Europe in early 2022.